Cardinal John Henry Newman once argued for a specific piece of literature’s place in a university’s curriculum because he believed that it was through the reading and studying of literature that his students could learn how to deal with similar situations in our own lives. He argued that any great piece of literature is going to include sin, as well as individuals grappling with that sin, stating, “you cannot have a sinless literature of a sinful humanity.” Cardinal Newman worried that if these university students never encountered these real, authentic struggles in literature than those struggles would overwhelm them when they left their place of study and entered “the real world.”

I agree wholeheartedly with Cardinal Newman, and I would argue that movies and tv shows are the modern man’s literature. Thus, I believe it is important to allow teens to see popular movies and tv shows despite the fact that many non-Christian morals are present – within reason and guidance, of course. I do not mean to imply that they should be allowed to see whatever they want… there are certainly movies out there that possess no goodness, truth, or beauty. However, it is important to help our children to grow in faith, strength, and virtue, and part of that is in exposure to ideas that challenge the teachings of our Catholic Church followed, or preceded, by proper guidance.

I am becoming a bigger and bigger fan of the whole “Jurassic” franchise each time a new movie is released. The latest film, Jurassic World: Fallen Kingdom, is no exception. In my opinion, it’s a film that engages the use of both your head and your heart.

In the original reboot, Jurassic World, the island home of the dinosaur amusement park was left abandoned and the creatures were left to fend for themselves. Humans and dinosaurs lived separate and peaceful lives for four years until the dormant volcano becomes active again. The movie opens with politicians trying to decide whether or not they have an obligation to save the dinosaurs from going extinct for a second time. When they decide to let nature “take its course,” private activists and billionaires take matters into their own hands.

Claire Dearing (played by Bryce Dallas Howard) is one such individual. Prior to the government’s final decision, she had been running an initiative to save the dinosaurs. It is clear throughout the movie that her actions are not for personal gain. In fact, it seems that she has learned not to exploit dinosaurs by any means based on her past experience with the destruction of the park. Still, she is in awe of their majesty and their worth as living creatures, which is why she jumps at the chance to help when Benjamin Lockwood (played by James Cromwell) – one of the founders of the original Jurassic Park – offers to finance a rescue mission to relocate the dinosaurs to a new sanctuary.

Claire recruits the assistance of Owen Grady (Chris Pratt), as he is the only human, that the elusive and valuable raptor, Blue, would ever allow near enough for capture. Once they make it to the island and Owen is able to “tame” Blue, the rest of the team on the island makes it clear that Claire and her colleagues were simply used as pawns. Eli Mills, who works for Lockwood and controls his estate, had never intended to deliver the dinosaurs to the sanctuary. Instead, he was going to sell them as weapons to the highest bidder. Thus, Claire and Owen are (thought to be) left behind as the volcano erupts and the rest of the cargo ships sail away.

Of course, our heroes had actually escaped and climbed aboard the ship in just the nick of time, making them able to discover and stop Mills’ evil plans from coming to fruition.

“…your scientists were so preoccupied with whether or not they could, that they didn’t stop to think if they should.”

This is kind of the whole premise of the movie, and elicits moral questions about manipulating genetic research in such a way that mankind is “playing God.” It’s obvious in every single Jurassic film that bringing these dinosaurs to life was a very bad idea – despite their majesty and the wonder and awe they bring us.

As I sat and watched Fallen Kingdom, my heart ached for the activists. And the words of St. James came to mind:

What he meant is that one sin leads to another, which leads to another, which leads to another – and not even necessarily by the same person. The sins of the original founders of Jurassic Park then lead to the covetting and sins of others. Some of these sins being completely evil – like wanting to sell the dinosaurs for obscene amounts of money, or desiring to weaponize them for personal/territorial gain. While some of them are less evil (but still wrong) such as refusing to let go of something that never should have happened in the first place.

Having lived through a second rampage by dinosaurs, Claire seems to have finally learned that though these creatures are amazing, it is time to “let them go.” With the very last chance she has to save them, Claire bursts into tears and covers the release button. She does not want the dinosaurs to die, but she’s come to realize that the right thing to do is not always “black and white.” She had been acting based on emotions alone, and now was acting based on both her emotions and her logic – something that we as Christians are called to do.

The One Possible “Danger”

A new character introduced to the franchise is Lockwood’s “granddaughter,” Maisie. Near the climax, it is revealed that she is actually the clone of his daughter who had died in a tragic car accident. Lockwood had used the same technology that he had used to develop the dinosaurs to recreate his daughter. Thus, when Claire decides not to save the dinosaurs and collapses into a puddle of tears, Maisie (having just learned the truth about where she came from) pushes the release button and declares, “… I had to. They’re alive, like me.”

Maisie sees no difference between the value of her own life and the value of the dinosaur’s life. Though they were both created in the same way, Maisie’s life has incredibly more intrinsic value than that of a dinosaur – she is a human being. Though she’s a clone and came into existence in a manner that was not unitive as God intended (another issue you may want to discuss with your teen), she is still made in the image and likeness of God. She has reason. She has free-will. She can love.

Dinosaurs – as displayed graphically throughout the movie – can only act on instinct.

Thus her life is worth much more than any dinosaur’s… although the filmmakers seem to be presenting an opposing truth.

This movie is an incredible depiction of truth that I think any teen could benefit from watching. While it would be best if they have some understanding of the morality, ethics, and the teachings of the Catholic faith on these matters before watching, it is certainly not a necessity. In fact, I think this film is an incredible stepping-stone to utilize those kinds of discussions with your teen, helping them to decipher and maneuver through difficult decisions that life on this earth – a “Fallen Kingdom” of its own – requires.

As Catholics, we know that though our world has fallen, it has also been redeemed. Ultimately, we can choose which of these aspects to focus on and live out in our own lives. This means we must be equipped to recognize Truth and act accordingly – even when it feels as though we’re being heartless in doing so. 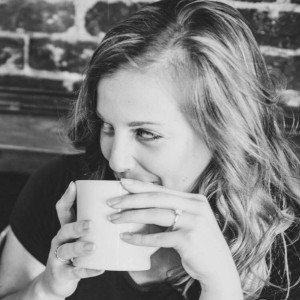 Grace originally hails from the Buckeye State and holds a degree in Theology & Catechetics from Franciscan University. During her last two years of school, she assisted her home parish in the formation of a youth ministry program, serving as their Youth Minister, recruiting volunteers, and planning events . After graduation she moved to Knoxville, TN where she taught Scripture and Apologetics at Knoxville Catholic High School for four years. Upon meeting and marrying a handsome bearded fellow, she followed him to rural Georgia when he was hired by the local college. Deep in the Bible-belt with no formal teaching options, she continues to use her degree as a volunteer at her local parish, while also writing and editing for ministries such as Life Teen and Blessed is She.